Forget red flags: here are the top green flags for a solid relationship Red flags in a relationship are important to watch out for. Everyone deserves to be with a partner that loves them in the way they deserve, and to have the chance to love that partner back in the same way.

But what about green flags? Shouldn’t we keep an eye out for the opposite end of the spectrum? These are those important factors that indicate you have a strong, healthy relationship, whether you’ve only just started dating or if you’ve been married for decades.

Let’s go get some positivity!

How many times have you heard that communication is the foundation of any strong relationship? Not to sound like a broken record, but the Cupla team alone must’ve mentioned it once or twice (maybe closer to a few dozen).

The reason is because it’s true. When you and your partner make a concerted effort to communicate clearly, honestly, and often, you’re taking a sledgehammer to missed connections, incorrect assumptions and simmering resentment. We’re not talking about small talk over breakfast here either. We’re talking about setting aside time specifically to check in with one another, to pay attention to one another (and only one another), actively listening and asking thoughtful questions.

A caring, mature couple don’t play games with one another or hide things from one another. If you can each talk to one another with kindness and respect, striving to hear each other out even when you disagree, then that’s a huge green flag for your relationship.

Scheduling sex might seem unsexy, but the reality is that it’s not. In fact, for busy couples with equally busy schedules, making a strict commitment of time and energy gives you both the space you need to fully focus on one another. By blocking out that time, you’re giving each other permission to not think about anything else.

Making an effort goes beyond making time though. It’s a great sign if you and your partner know each other’s coffee orders, remember the birthdays of the important people in each other’s lives, and know their favorite treat to bring home from the grocery store. Sometimes these things come naturally, like for people whose Love Language is gift giving, but if not? Making that effort pays off. It’s a big green flag for a relationship.

You’ve heard of IQ, but how much do you know about ‘EQ’, or emotional intelligence?

Much like how IQ is a measure of how intelligent someone is, EQ is based on the idea of how well someone knows and understands feelings – their own and other people’s. In a relationship, you can probably guess which of the two is more important!

Developing strong empathy for one another and a willingness to express, validate and process feelings is a relationship green flag. A good partner is able to recognise their own emotions as well as their other half’s – and when (not if) they miss the mark on something, they’re willing to talk it through and make an effort to understand what went wrong.

The same can be said for a relationship where each partner can actively manage their own emotions. When they’re feeling sad, they can effectively communicate and process that, making their feelings known to their partner and working through them together. You can imagine how important this is during disagreements. When a couple can strongly disagree on something but still argue their ideas (and hear the other person’s!) with love and respect, that’s proof of a strong, mature relationship.

On a similar note, emotional intelligence should also be accompanied with emotional availability. For a lot of people, especially men, ‘opening up’ can be something they’ve been taught to never do, even to their partners. But being able to do so, and their partner being able to make them feel safe to do so, opens up another level of deep, emotional connection that is a primary ingredient for a long-lasting and successful relationship.

You’ve heard of the Golden Rule: treat others as you would want to be treated yourself. It’s a good rule of thumb, but in relationships, it ignores the fact that the two people that make up each half of a couple often have different needs.

If you assume you and your partner have the same requirements of, for example, how much together time and how much alone time you each need, you can end up missing each other. You try to fulfill the needs you think the other has, rather than taking the time to learn the needs that the other actually has.

That comes back to the previous point of making an effort, but it’s one thing to know the other’s needs and another to meet them. As a famous cartoon character once said, knowing is half the battle – and doing is the other half.

A big green flag in a relationship is when both partners put their best effort into learning and delivering on what they’ve learned the other needs. Another similarly sized green flag is each person in the relationship knowing when they won’t be able to meet those needs, and communicating their boundaries and limits. Everyone is responsible for their own happiness, even in a relationship, and sometimes that means setting – and accepting! – boundaries.

Speaking of needs, there’s the question of sexual needs too. Every couple shares intimacy differently, and everyone has different libidos, different wants, and different needs from their partner. Good sex can mean a lot of different things to different people.

But just like all other needs, a green flag in a relationship is when sexual needs are discussed, understood, and there’s effort made to meet them while still setting and accepting boundaries and limits.

Basically? Great sex that leaves everybody happy is a green flag for a relationship. Who would’ve guessed?

Making the effort to create, not just want, quality time with your partner is one of the biggest green flags for a relationship. Make it an easy one to hoist aloft with Cupla, the shared calendar app designed specifically for couples, With automatic date night scheduling, reminders and even built-in activity suggestions, it’s perfect for busy couples who don’t want a schedule to get in the way of their time together.

Trial Cupla now for free on iOS or Android. 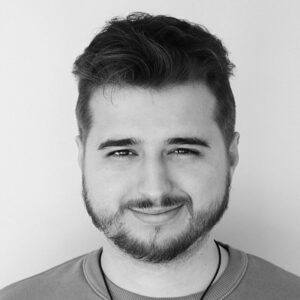 When he isn't writing about tips and tricks to make your next date night truly memorable, you can find Jack reading through yet another pile of sci-fi novels - or trying to find an excuse to buy some more. Writer, marketer, cheese enthusiast - not always in that order.
PrevPrevious6 date night gift ideas to make your night truly memorable
NextWhat to do when your partner doesn’t help with the houseworkNext

Discover the home of your relationship